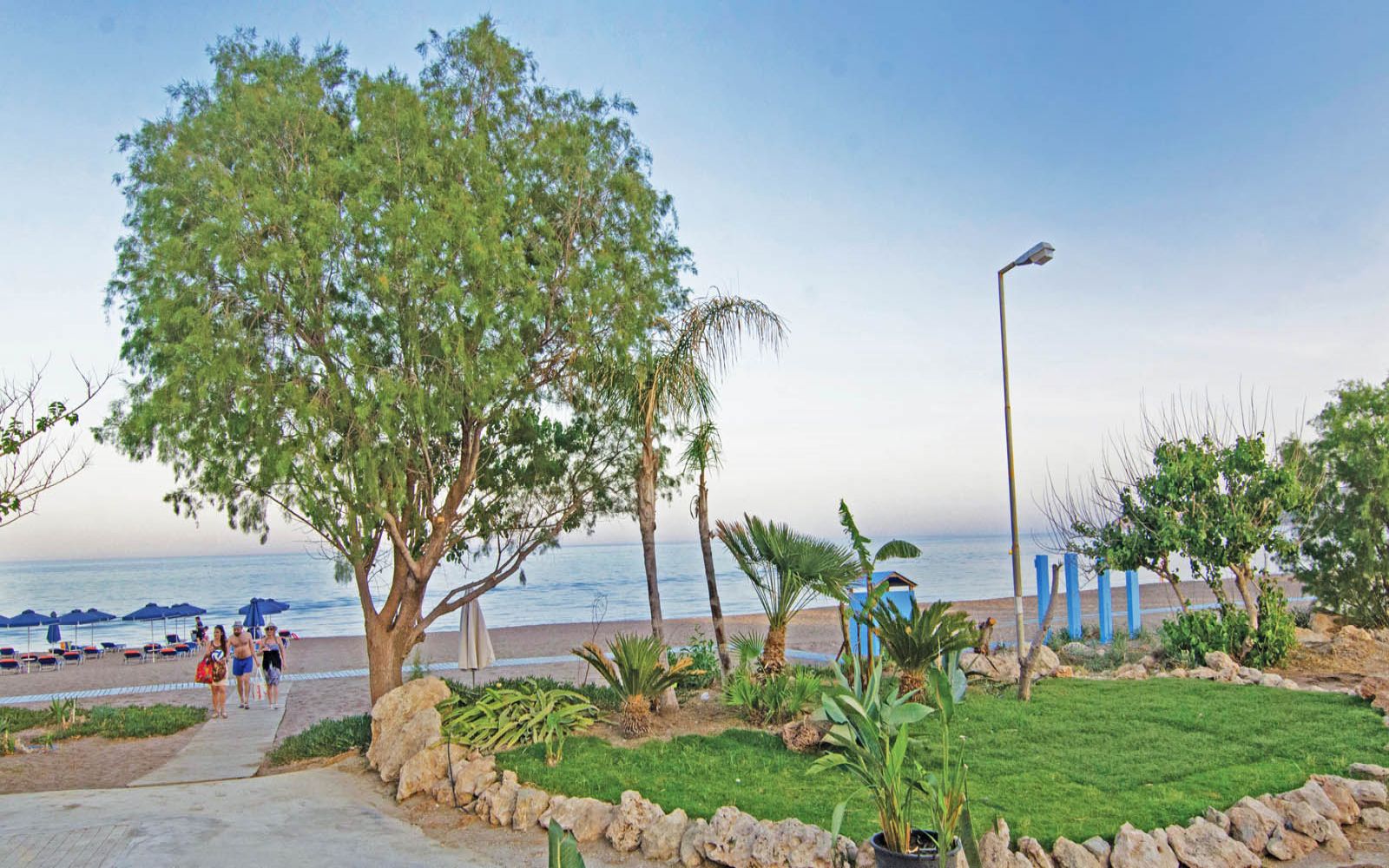 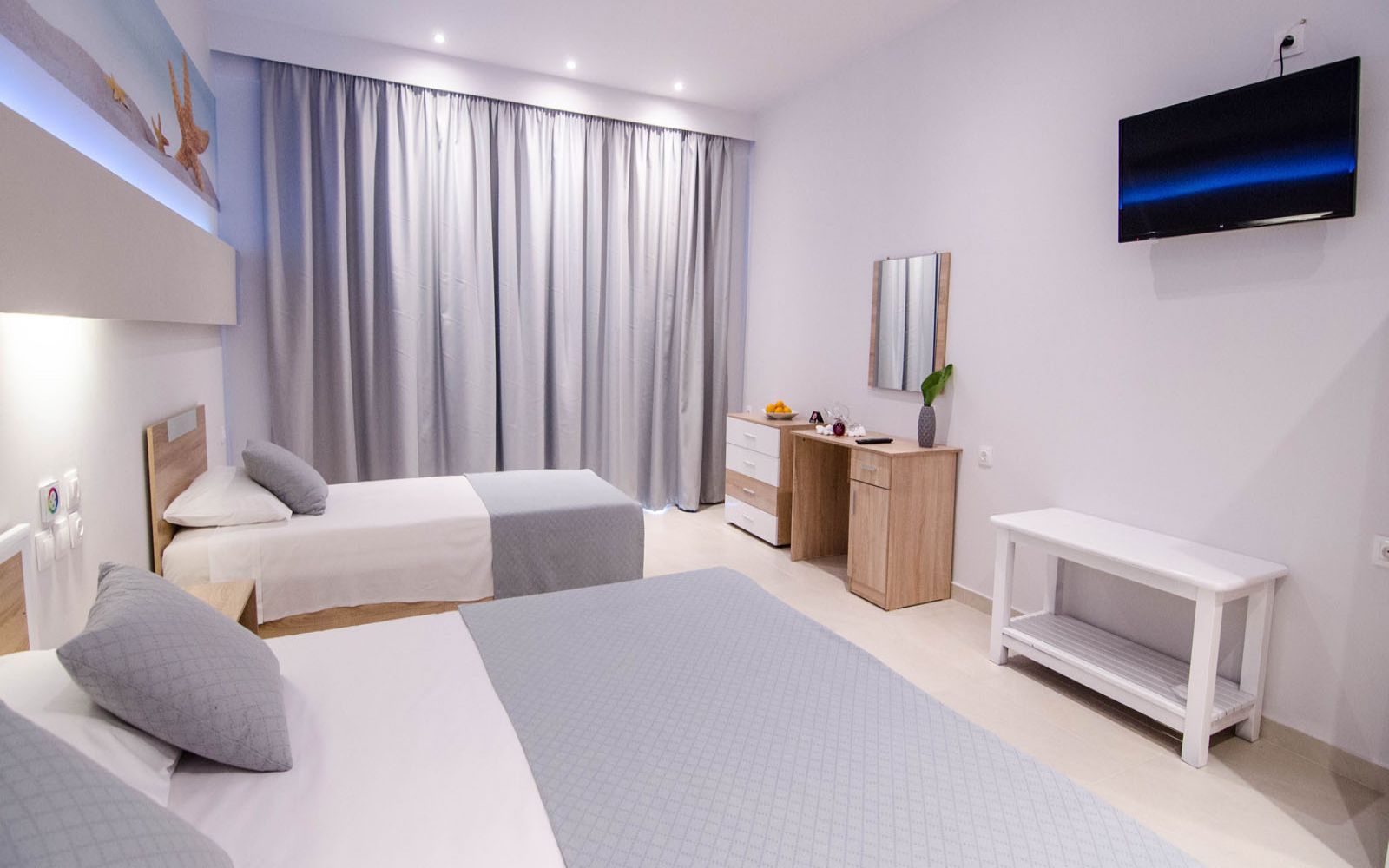 What to see in Faliraki

When you hear the word 'Faliraki', you definitely imagine fun and beaches. Perhaps be hard to convince you that there are also important sights here that you shouldn't miss when visiting Rhodes. We would like to present the most important sights and monuments you should definitely visit when in Faliraki and Rhodes. Thermal spas and hidden caves, monasteries and churches are some of the points of interest you can discover. On our website you will find all information needed for an unforgettable holiday in Faliraki.

The Kallithea Springs are located in the gulf of Kallithea, just 9 kilometers from the City of Rhodes. The healing springs of Kallithea have been known since ancient times for their healing properties. In 1927, at the initiative of the Italian Governor of the Dodecanese, Mario Lago, it began a systematic analysis of the water resources of Kallithea while constructing the relevant facilities. The work was commissioned by architect Pietro Lombardi, whose designs were judged to be the finest architectural compositions of the time. The springs of Kallithea gained a high reputation and their facilities remained active until 1967.

The building where the Town Hall of Kallithea Municipality is was built by the Italians and it is dated around 1934. It is an architectural masterpiece, with 440 sq.m. surface area, which was built in order to accommodate the Italian governors of the German-Italian Occupation period. Over its imposing entrance there is a small balcony which was used by the Italian occupation forces in order to gather the villagers or the army and make announcements.

This is perhaps the most beautiful monastery on the island. It is surrounded by a pine forest, at the outskirts of Kalithies village and it celebrates its namesake saint on August 29, the day the Saint was decapitated. The day is considered a day of mourning and it is accompanied by strict fasting. The monastery is a magical scenery with stone tables and hosts many events and wedding celebrations.

At Kalithies village you will also see the imposing church of the Metamorfosis of the Christ. It is a byzantine architecture church, built circa 1870-1875. The Church was built to commemorate the Transfiguration of Christ (Metamorfosis). During the church's construction, a wooden byzantine cross of unknown age was found. This is why the church also celebrates on the Exaltation of the Holy Cross on September 14.

The Cave of St George can be found in the slopes of mount "Psalidi" near Kalithies village, located around 2klm. from Faliraki. At the mountain foot you will find the picturesque chapel of St George, with easy access from the main road. From the chapel you can easily see the cave mouth. The climb to the cave is around 15-20 minutes and it is a pleasant, medium difficulty trekking route. The cave is filled with stalactites and the archaeological findings in the area show that it was inhabited since the Neolithic age. There is a triangle-shape construction, typical of the era and the scientific research called the cave one of the oldest known Neolithic age residences.

The area "Vorinos" was created years ago as a port which was like a fishing shelter that protected the fishermen from bad weather. You can visit it yourself and listen to what we tell you every morning at 7:00 am where the fishermen come out of the sea . You will have the opportunity to speak with them or even participate in a fishing excursion. In the harbor there are also boats that work everyday with daily excursions. Finally in this wonderful picturesque place there is a monastery of Agioi Apostoloi where you can organize your dream wedding there!

The monastery of Prophet Elias is built on the top of the mountain above the beach of Anthony Quinn, a picturesque monastery with the most imposing aunt you can meet in Faliraki as it is built in the highest part of the area.

The Monastery of the Holy Apostles in the port of Faliraki is one of the proud attractions.

Attractions in the area include the archaeological site at Sarantapichos, near the village of Kalythies, which is believed to be part of the Acropolis of the Archaic era, but also Erimokastro, near the sea between the craggy and ladikos beach, with archaic wall ruins.

Prophet Amos Monastery is located 14 km from Rhodes, near Faliraki. The Prophet Amos (from Thekou of Israel) lived 800 years before the birth of Christ and was the father of Prophet Isaiah. According to tradition, Prophet Elias, whose monastery was at the top of the mountain, quarreled with Amos and threw a rock to destroy the monastery in question. But Amos stopped the rock by piercing him. It is said that this rock survives on the back of the monastery.

The temple of Prophet Amos is built on the ruins of an early Christian basilica (5th-6th century AD) and bears fragments of frescoes from the Byzantine and post-Byzantine times. The monastery complex with its temple and enclosure was built in 1838. The monastery celebrations are on June the 14th.

It is a modern Saint of the Eastern Orthodox Church and the church in Faliraki has the name of Saint Nektarios or Nektarios Pentapolis or Nektarios of Aegina. His name in the world was Anastasios Kefalas, he was a popular hierarch , pastor and educator in the late 19th to early 20th century. It is believed to be wonder worker because he performed miracles while he was still alive. Both the church and the Belfry were founded in 1967 on the chairmanship of the Ecclesiastical Committee of Kalythies of the late priest Vasilios Filippakis and the Metropolitan Spyridon Synodinou.

At the area "Borinos", in the small harbor of Faliraki, you can see a small rocky islet, standing proud through the ages, called "Katergo". It can be easily spotted from the beach and it has its own, unique history.The villagers named the rock "Katergo",
meaning old ship turned to prison. Indeed, the rock resembles a stone ship.

This monastery is located around 15klm. From Rhodes town, to the west of Kalithies village and it is devoted to Virgin Mary the Merciful. The church is single-naved and has a slanted tiled roof. The wooden, carved altarpiece is still intact as well as some parts of the old frescoes dated back to 1781. A high bell tower imposes over the church with manual tolling bell and arched
base.

Erimokastro castle is located between Ladiko bay and Traganou beach. It is a ruined castle wall reminiscent of an ancient Akropolis and it was built atop the mountain. Below there was a port, parts of which extended from Anthony Quinn bay to Traganou beach.It is dated back to Minoan times and it was probably destroyed by a tsunami that demolished many constructions in the area. The legend has it that it was a pirate-built castle which the corsers used as base when raiding in the area or in order to store their plunder.